The Singh Lab uses genetic and functional data to understand the causes of severe psychiatric and neurodevelopment disorders. At the core of the lab’s research is the application of statistical methods to analyze large amounts of biological data. 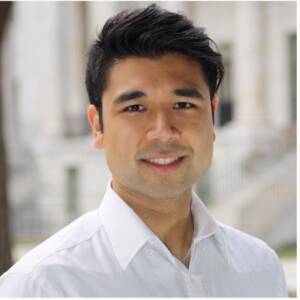 His team focuses on generating, analyzing, and integrating genetic and functional data to understand the causes of mental illnesses. As part of global collaborative efforts, he has identified specific genes associated with severe psychiatric disorders. With statistical genetics as a foundation, his team develops new approaches to analyze sequence data from hundreds of thousands of individuals. Using results from genetic and functional data , his team hopes to build specific biological hypotheses on disease pathogenesis that lead to more effective therapeutic development.

He joined the NYGC from the Analytical and Translational Unit of the Massachusetts General Hospital and the Stanley Center for Psychiatric Research at the Broad Institute of Harvard and M.I.T. There, he worked as a post-doctoral fellow (2017 – 2020) and as an Instructor at Harvard Medical School (2020 – 2022) with Dr. Mark Daly and Dr. Benjamin Neale. He obtained his PhD in Biological Sciences from the University of Cambridge, England, and the Wellcome Trust Sanger Institute working with Dr. Jeffrey Barrett in 2016. He received his Bachelor’s Degree in Biology, Mathematics, and Economics at Williams College in 2012.

The contribution of rare variants to risk of schizophrenia in individuals with and without intellectual disability.

Rare loss-of-function variants in SETD1A are associated with schizophrenia and developmental disorders.