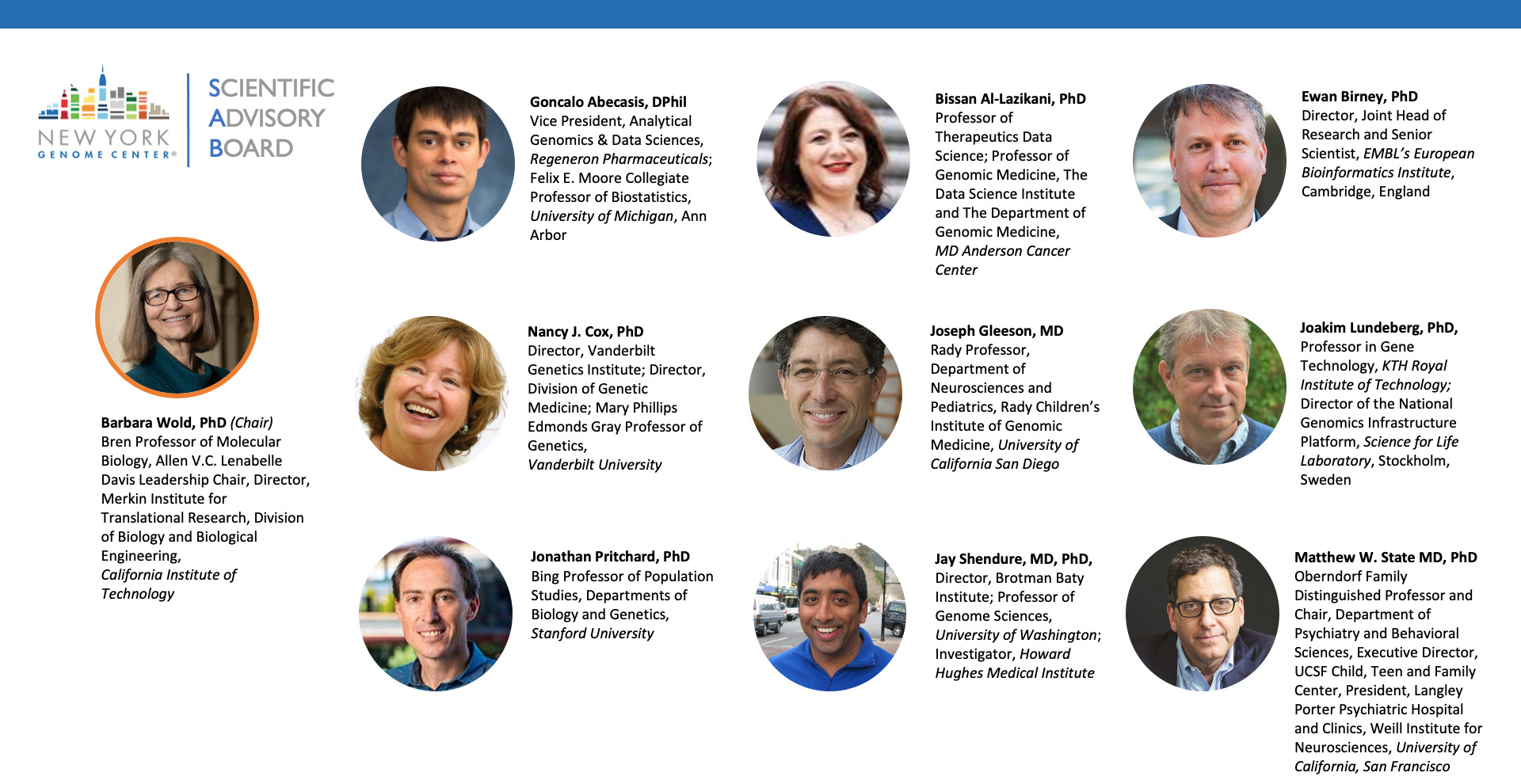 The NYGC provides Affiliate Memberships to external academic researchers who have a significant interest in and commitment to the scientific life and work of the NYGC, and will contribute to and benefit from the NYGC’s mission.

The NYGC currently has 82 Affiliate Members, hailing from 15 academic institutions and medical centers. Please email Affiliate affiliate@nygenome.org if you are interested in applying to the program.

The NYGC has established scientific working groups with the objective of bringing together NYGC researchers and the scientific community to advance disease-based research in areas where our strengths and experience can make a significant difference.

Neuropsychiatric Disease Working Group
The Neuropsychiatric Disease Working Group, led by Thomas Lehner, PhD, MPH, NYGC brings together researchers from our Institutional Founding Members, NYGC faculty, senior faculty, NYGC technology development and computational scientists, and affiliate members to discuss the underlying disease mechanisms in neuropsychiatric disease. The group is building off the large dataset produced by NYGC as part of the Centers for Common Disease Genomics, funded by the NHGRI. As part of this effort, NYGC generated whole genome sequencing data on over 37,000 individuals from families with at least one member affected by autism spectrum disorder. Currently the group is working on a number of initiatives studying the biological underpinnings of neuropsychiatric disorders including bipolar disorder, schizophrenia and other psychosis-related disorders.

Population Genomics and Statistical Genetics Working Group
The Population Genomics and Statistical Genetics Working Group is led by David Knowles, PhD, NYGC and Adam Siepel, PhD, Cold Spring Harbor Laboratory. This group brings together scientists to discuss the development and investigation into the human population genomic data that underpins and informs all disease-focused research. The group’s interest spans a number of research areas, including long read sequencing, social health science, ancestry-based genomics, as well as the genome-wide computational approaches that allow us to interpret human genome and transcriptome data.