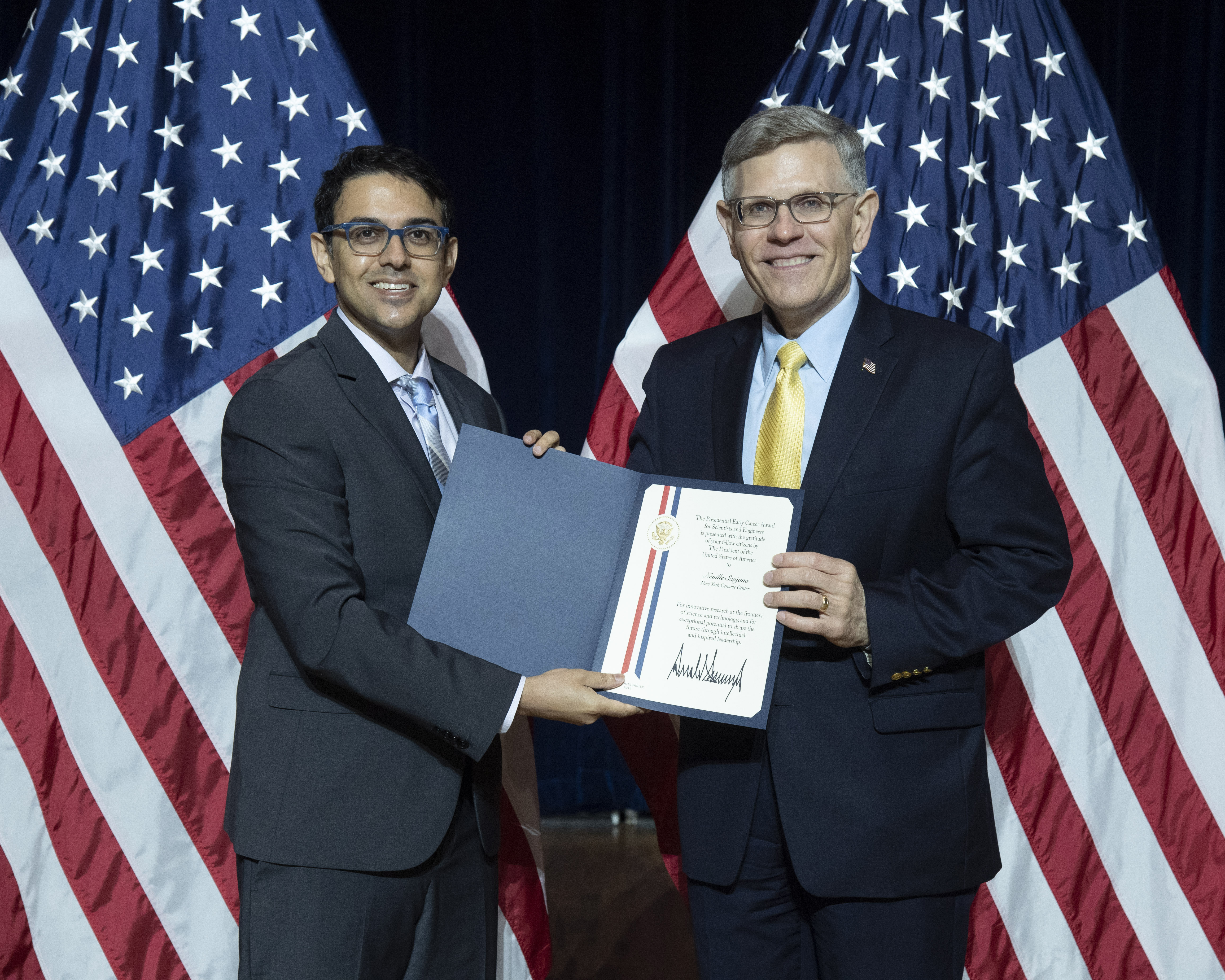 July 3, 2019 – Neville Sanjana, PhD, has been named a recipient of the prestigious Presidential Early Career Award for Scientists and Engineers (PECASE). Dr. Sanjana is a Core Faculty Member at the New York Genome Center (NYGC) and holds a joint appointment as Assistant Professor in the Department of Biology at NYU and Assistant Professor of Neuroscience and Physiology at the NYU School of Medicine. PECASE is the highest honor bestowed by the United States Government to outstanding scientists and engineers who are beginning their independent research careers and who show exceptional promise for leadership in science and technology. Dr. Sanjana earned this award in recognition of his pioneering work in functional genomics and in the development of new genomic tools for precision gene editing, using CRISPR to repair disease-causing mutations.

The Sanjana Lab develops new technologies and tools to understand how human genetic variants cause diseases of the nervous system and cancer. Dr. Sanjana and his research team use a multidisciplinary approach, combining genome engineering, pooled genetic screens, molecular genomics, bioinformatics, electrophysiology, and imaging, to dissect the inner workings of the human genome and its dysfunction in diseases like cancer and autism. Comprised of molecular engineers, biologists, neuroscientists, computer scientists, and bioscience entrepreneurs, the Sanjana Lab has as its aim is to create new technologies for genomics and advancing human health. Dr. Sanjana and his team work at the interface of bioengineering, neuroscience, and cancer.

In 2017, Dr. Sanjana was awarded the coveted NIH “New Innovator” Award. The grant supports his lab’s work in interrogation of the noncoding regions of the genome ­ which is the 98 percent of the human genome that does not code for proteins. Utilizing advanced genome engineering and high-throughput sequencing, the Sanjana Lab aims to identify the sequences and proteins that govern gene expression.

A recipient of the Kimmel Scholar Award and the DARPA Young Faculty Award, Dr. Sanjana was also named a Melanoma Research Alliance Young Investigator. Earlier this year, he was also named the Brain and Behavior Foundation’s Leichtung Family Investigator. “I am very grateful for this recognition of our lab’s research from the Office of Science Technology and Policy,” Dr. Sanjana said. “This work would not be possible without federal funding support and the wonderful, talented scientists in the lab.”