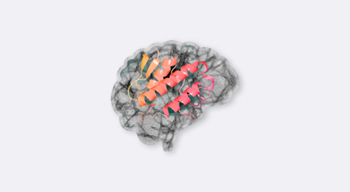 Neurodegenerative diseases pose some of the greatest challenges to medical science of our time, with decades of research yet to provide a clear path forward to a cure. By taking advantage of both state-of-the-art technology and the increased recognition of the value of collaboration in science, the NYGC seeks to change that in dramatic ways.

The Center for Genomics of Neurodegenerative Disease (CGND), led by the NYGC’s Hemali Phatnani, PhD, has established a global ALS Consortium, consisting of 42 member institutions worldwide. The CGND has also contributed to ALS research with the development of genomic technologies for the study of RNA transcription, single cell transcription, and spatial transcriptomics.

In 2019, CGND researchers, working with global collaborators, utilized new technologies to create a multidimensional atlas of gene expression in ALS that provides new insights into the mechanisms that contribute to disease onset and progression. These breakthrough findings advance the understanding of disease mechanisms in all neurodegenerative diseases that share common pathways with ALS, including dementia, Alzheimer’s disease, frontotemporal dementia, Parkinson’s disease, and Huntington’s disease. The groundbreaking study was published in Science, and the atlas is now available to scientific community for further explorations via an interactive data portal. For links to the study, portal, and more, click here.

The NYGC is leveraging the success of the Center for Genomics of Neurodegenerative Disease (CGND) to extend our work across a range of neurodegenerative diseases that have pathways in common with ALS, including dementia, Alzheimer’s disease, frontotemporal dementia, Parkinson’s disease, and Huntington’s disease. The Neurodegenerative Disease Working Group is co-led by Thomas Lehner, PhD, MPH, NYGC and Hemali Phatnani, PhD, NYGC and Columbia University, with the objective of bringing together researchers from our Institutional Founding Members, NYGC faculty and senior faculty, NYGC technology development and computational scientists, and affiliate members to build partnerships and programs to better understand the biological underpinnings and molecular mechanisms driving neurodegenerative disease.