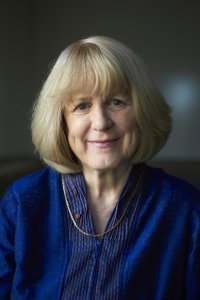 “We are delighted that Mary-Claire King is joining the Center to support our efforts to understand the genetic basis of psychiatric disorders. Dr.King’s exceptional vision and pioneering leadership in genetics will advance our collaborative, inter-institutional genetic and genomic research in neuropsychiatric diseases,” said Tom Maniatis, PhD, Evnin Family Scientific Director and Chief Executive Officer of the NYGC.

Dr. King is the American Cancer Society Professor in the Departments of Genome Sciences and Medicine at the University of Washington in Seattle. She was the first to show that breast and ovarian cancer is inherited in some families as the result of mutations in the gene that she named BRCA1. This discovery has transformed the diagnosis,
drug development and treatment of this inherited form of breast cancer.

More recently, Dr. King has focused on the genetics of schizophrenia, contributing to the understanding of complex disease inheritance. In 2014, Dr. King received the Lasker Special Achievement Award for Medical Research and in
2016, the United States National Medal of Science. Dr. King is also recognized as a pioneer in the development of DNA sequencing for human rights investigations.

“I am excited to join the Center at this transformative time in its evolution,” said Dr. King. “I look forward to working with the interdisciplinary team of scientists who collaborate and convene at the NYGC.”

Dr. King will work closely with Dr. Thomas Lehner, the recently appointed Scientific Director of Neuropsychiatric Disease Genomics at the NYGC, and serve as a senior advisor to both Dr. Lehner and Dr. Maniatis.

Dr. King is the American Cancer Society Professor in the Departments of Genome Sciences and Medicine at the University of Washington. She studies the genetics of complex, common human conditions. Her primary areas of interest are breast and ovarian cancer and genetic influences on major mental illness, especially schizophrenia. She was the first scientist to show that breast cancer is inherited in some families as the result of mutations in the BRCA1 gene. This discovery and her subsequent research on the genetics of schizophrenia and of hearing loss have helped transform the understanding of complex disease inheritance. Recognized as a pioneer in the development of DNA sequencing for human rights investigations, Dr. King has carried out identification of victims of human rights violations for the United Nations War Crimes Tribunal. She has served as consultant to the Commission on the Disappearance of Persons of the Republic of Argentina.

Dr. King joined the faculty of the University of Washington in 1995. Prior to that, she was professor of genetics at the University of California, Berkeley from 1976 to 1995. She is past president of the American Society of Human Genetics and has served on numerous government panels and with private organizations, including the National Academy of Sciences, the National Institutes of Health, the National Cancer Institute, and the Robert Wood Johnson Foundation.  She also has served on the editorial boards or reviewing panels of many publications, including Science and Nature.

Dr. King’s exceptional research contributions have been recognized by numerous awards and prizes, including: The Paul Ehrlich and Ludwig Darmstaedter Prize, the American Society of Clinical Oncology Basic Science Award, the American Cancer Society Medal of Honor for Clinical Research, the Weizmann Institute Award for Women and Science, the Gruber Prize in Genetics, the Pearl Meister Greengard Prize, the Heineken Prize for Medicine, the Clowes Award for Basic Research, and the University of California Medal. In 2014, she received the Lasker Special Achievement Award for Medical Research and in 2016, the United States National Medal of Science. Dr. King is a member of the National Academy of Sciences, the American Academy of Arts and Sciences, and the National Academy of Medicine, and a foreign member of the French Academy of Sciences.

The New York Genome Center (NYGC) is an independent, nonprofit academic research institution focused on furthering genomic research that leads to scientific advances and new insights and therapies for patients with neurodegenerative disease, neuropsychiatric disease, and cancer. Leveraging our strengths in whole genome sequencing, genomic analysis, and development of new genomic tools, the NYGC serves as a nexus for collaboration in disease-focused genomic research for the New York medical and academic communities and beyond.

NYGC harnesses the expertise and builds on the combined strengths of our faculty, staff scientists, member institutions, scientific working groups, affiliate members, and industry partners to advance genomic discovery. Central to our scientific mission is an outstanding faculty who lead independent research labs based at the NYGC, and hold joint tenure track appointments with one of our member institutions.